Phones 4U have today announced they have gone into administration and close 550 stores across the UK, putting 5596 jobs at risk. 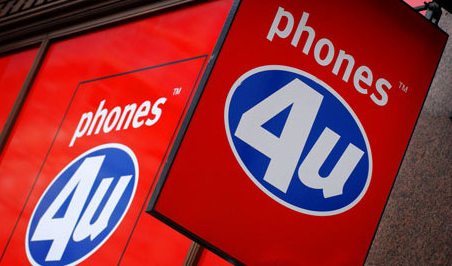 A sad day for Phones 4U

The privately owned chain blame the closure on their suppliers, mobile network Vodafone who decided not to renew their contract with the retail chain. EE – Phones 4U’s only other supplier – had little choice but to follow in Vodafone’s decision, despite their contract not being due to expire until September 2015, leaving Phones 4U without supply.

The closure of the UK retailer coincides just over a week after technology giant, Apple announced the release of the iPhone 6. It is expected that thousands of existing phones4u customers have ordered the latest iPhone model on pre-release. Those customers are assured a full refund and the Phones 4U customer service line is open from today (Monday) at 09:00.

Phones 4U say that all existing mobile phone contracts will be honoured and the EE and Vodafone mobile networks will continue to provide mobile services to customers. Once contracts expire, customers will make the decision to renew directly with the mobile supplier, or source another mobile phone retailer.

The fall of Phones 4U does not only add to the growing number of high street chain closures and the sad loss of thousands of jobs, but also adds to the reduction in competition of mobile phone retailers. Mobile phone contracts will be – even more so – dominated by mobile operators selling directly to customers, thus increasing their profitability. Until today, Phones 4U owned 550 standalone stores throughout the UK, vs EE’s 520 and Vodafone’s 360.