Tripudio are now the proud sponsors of the Wokingham under 11 Netball Team. The Wokingham Netball Club was established in 1970 and it now has 8 senior and 9 junior teams.

Club Chairman, Vicky Bowyer was delighted with the new sponsorship and sent us the following message… “On behalf of Wokingham Netball Club, I would like to take this opportunity to thank you very much for agreeing to sponsor the kit for our U11 netball teams.  It is very exciting for the girls to have a smart new kit ready to start the new season.”

We wish the girls the best of luck for the new season. Come on Wokingham! 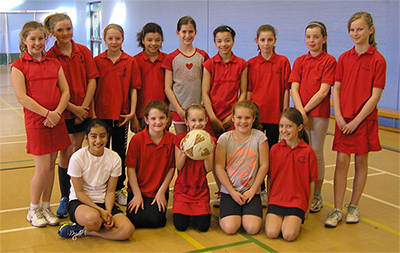